The National Organic Program (NOP) was thoroughly examined and evaluated by lawmakers at a recent House Agriculture subcommittee hearing, where USDA Marketing and Regulatory Programs Under Secretary Greg Ibach answered a range of questions from committee members. The Subcommittee on Biotechnology, Horticulture, and Research hearing, ‘Effectiveness of the National Organic Program,’ put a spotlight of some of the issues facing organic production and the role that the NOP plays in continuing to improve the organic sector. 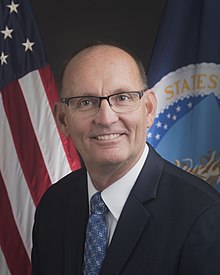 While expressing admiration for the certification cost-share program offered through NOP, Chairwoman Stacey Plaskett inquired about other initiatives that directly benefit the organic industry.
“I think one of the most important things that we’re doing to help spur domestic production is taking action against fraudulent imports. Domestic producers need to have a level playing field to be able to compete on, and when imports don’t meet the same standards that are expected of our domestic products that creates that unfair playing field that they struggle with,” said Ibach. “I think as we’ve seen the reduction in the number of certified operations outside the United States, we’ve seen growth within the United States as there’s more opportunities provided.”

Ibach noted that the effort to combat fraudulent organic imports has been bolstered through the 2018 Farm Bill, establishing better communication between agencies as well as within the USDA. The farm bill was also referenced for its assistance in transitioning to a more digitally based system of recordkeeping. Funding allocated through the farm bill has also been instrumental in furthering market analysis of the organic sector. Representative Jimmy Panetta noted particular interest in how NOP is ensuring that organic data is collected and reported accurately so that growers have access to important industry information.

“We’ve been able to enhance research into market prices and price reporting and we have expanded the number of organic crops that we’re tracking so producers can have an idea of what the value of their crops are,” said Ibach. “We’re currently conducting market research on about 220 different organic products.”

Several lawmakers acknowledged the growth of the American organic production in recent years but raised varying levels of concern as it relates to potential barriers to entry into the organic sector. Ibach noted that while the costs can be somewhat high to move into organic production, growth of the industry remains steady. “We do see more and more producers entering into organics each year – six percent increase in production; 1,000 new farms – so there are opportunities for producers that do want to make the transition to do that,” said Ibach. 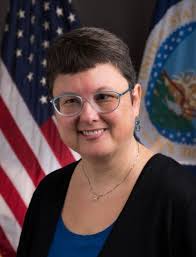 Deputy Administrator of the NOP Dr. Jennifer Tucker, who was also present at the hearing, expressed her understanding regarding the expense involved with transitioning to organic but highlighted the USDA’s responsibility in protecting the integrity of the USDA Organic Seal. “There has not been interest in lessening the strictness of those transition standards,” said Tucker. “The U.S. has the high gold standard for organic standards, and we want to uphold that.”

In her closing address, Chairwoman Plaskett emphasized the bipartisan support for the American organic sector and optimism for the industry’s continued growth. “I’m so glad to hear about the progress that NOP has made on enforcement with new authorities and I look forward to future updates,” said Chairwoman Plaskett. “Collaboration between Congress and USDA is critical to ensure consumer confidence and for farmers to be successful.”

As California’s organic stone fruit crop heads to the finish line, there are several other fall fruit promotional opportunities coming into play for retailers across the country.

General registration for the third annual Organic Grower Summit is now open, with planning of educational sessions being finalized for the only event specifically designed to bring organic fresh food producers and their service and supply chain partners together for information, education and networking opportunities related to the multi-billion dollar organic fresh food industry.