Since becoming the food service director of the Santa Barbara Unified School District in 2008, Nancy Weiss has completely overhauled the school food system. She replaced heavily processed, pre-packaged, heat-and-serve meals with whole-food, made-from-scratch dishes. She is particularly passionate about plant-based nutrition and fresh produce and has a close relationship with many local organic farms. She joined OPN Connect for a conversation about her work. 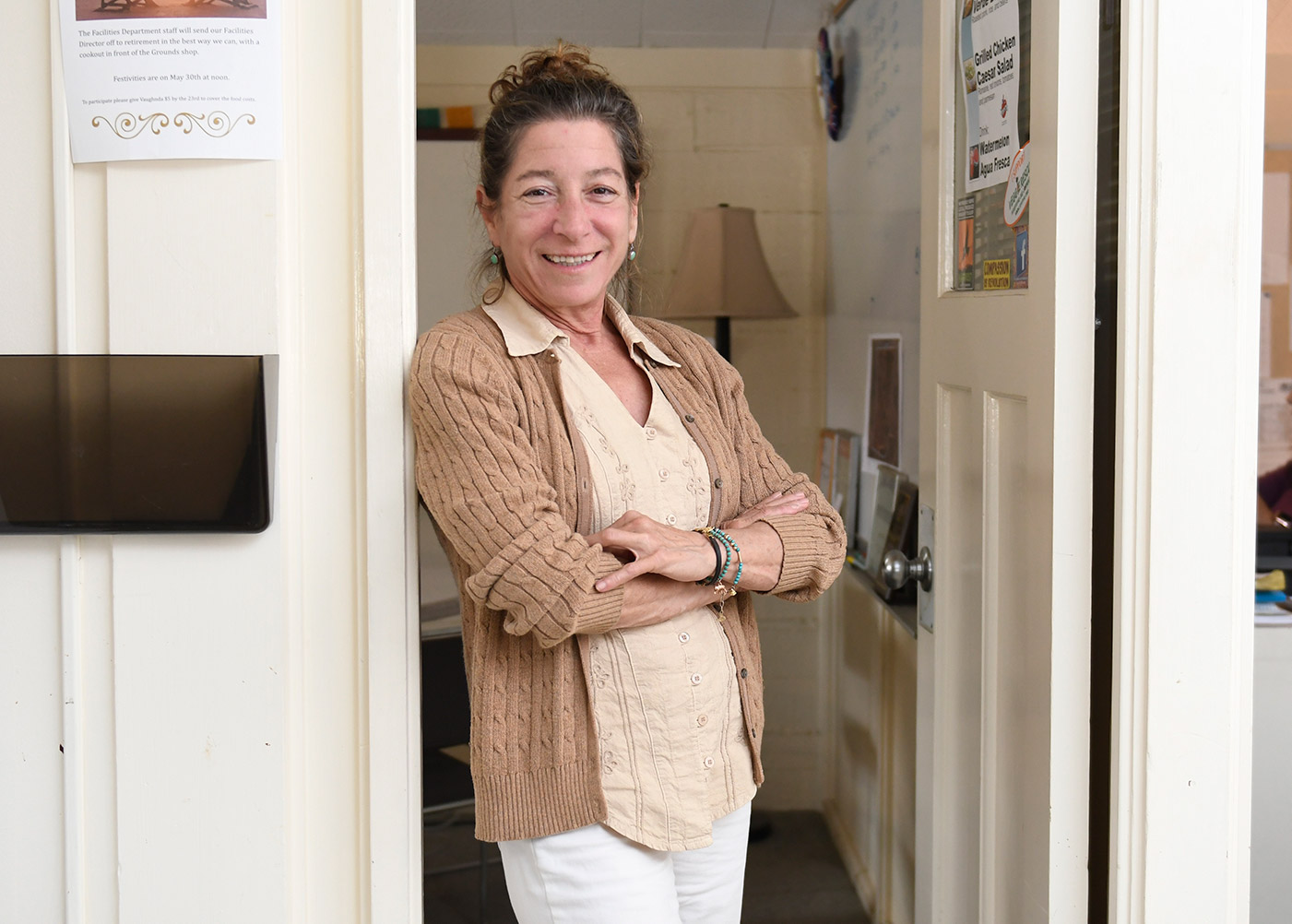 HOW DID YOU GET YOUR START IN THE PUBLIC SCHOOL FOOD SYSTEM?

I started in ‘97. I took a small job to get health insurance because of my rheumatoid arthritis. I was just about to sell SOhO, a music club I owned, and I needed health insurance. So I got a job in a kitchen, and the quality of the food was like French bread, pizza in a bag—just garbage. There was no real cooking going on.

HOW DID YOU START CHANGING THE SCHOOL FOOD, PARTICULARLY IN TERMS OF INCORPORATING ORGANIC PRODUCE?

I had a restaurant for many years, and I was always dialed into local farmers’ produce because the farmers would come to the restaurant and try and sell me their stuff.  When I became a food service manager for the Santa Barbara school district, I saw the quality of the food, and I was like, “Why can’t we be getting better quality produce? I know these same farmers are still farming, yet we’re buying this stuff that’s chopped and icky bag lettuce.” So when I had the opportunity to become the food service director, I reached out to some of the farmers that I had been using when I had the restaurant. They were super happy to sell to me. I think you get way more value for your dollar when you buy organic produce. It doesn’t necessarily mean it’s more expensive. And in my case it’s less expensive because I’m basically contracted with farmers. 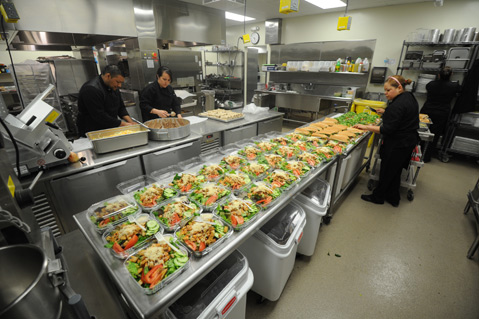 CAN YOU TALK A BIT MORE ABOUT THAT?  I THINK A LOT OF PEOPLE AUTOMATICALLY ASSUME ORGANIC PRODUCE IS PROHIBITIVELY EXPENSIVE.

Yeah, I think that’s because we’re used to going to farmers markets and paying top dollar because the farmers have to get their products to market with transportation. When working with school districts, though, they’re not charging us $4 a pint for the cherry tomatoes. They’re charging us way less, like $1 a pint or something because we’re guaranteeing them so much volume. This summer (we run a very robust summer program, and we were also vending to the Santa Barbara Food Bank), we were doing 120-220 cases of stone fruit a week—peaches, plums, pluots, nectarines, white peaches, O’Henrys. It was amazing. It was beautiful!

CAN YOU TELL ME ABOUT A RELATIONSHIP YOU HAVE WITH A PARTICULAR LOCAL ORGANIC FARMER?

Jose Alcantar of Alcantar Organics. He is an incredible farmer. He’s old school. He farms amazing stuff. And he has been selling us his lettuce ever since I became the director. Somebody told him about me, and he came to me, and I said, “Yes, I want your produce!” And I said, “What’s the cheapest possible price you can sell me your produce for, and I can guarantee you 400 pounds a week.” And he was like, “Wow.” I mean they’re not just dropping off like five cases of lettuce. They’re dropping off 60-80 cases at a time, twice a week. And a lot of that is because lettuce is one of those things that kids will actually eat. We have a student population of 14,000. We’re serving maybe 8 to 9,000 lunches a day and probably the same amount of breakfasts. 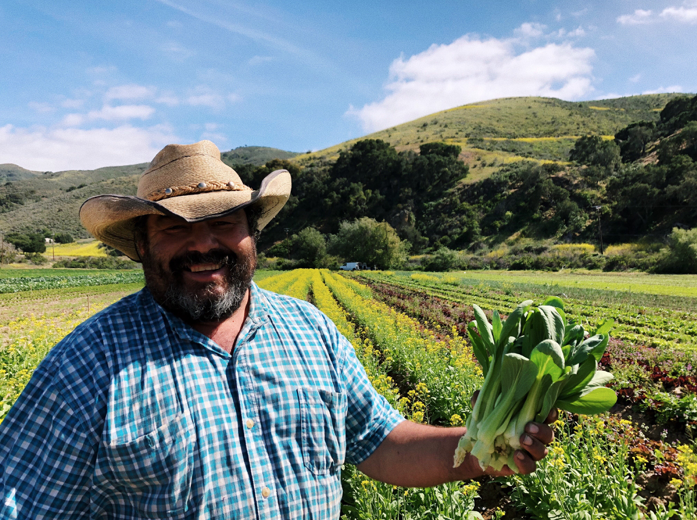 WHAT OTHER KINDS OF PRODUCE DO THE KIDS LIKE?

Kids love fruit. They love carrots. They like cooked zucchini. They like cabbage. They like tomatoes. A lot of our kids like chilis, like jalapenos. They eat broccoli. So yeah, these are all organic things I buy. And we buy it in season, so you don’t see it as much when it’s not in season. I base my menu on what the famers have to offer. So if it’s tomatillos and cilantro, we’ll be doing a lot more chile verde in that month because of what the farmer has growing. Like right now, it’s tomatoes, and so there’s a lot of pico de gallo going on. Plus, we’ve got an amazing assortment of cherry tomatoes. I want our kids to have food memories so that they go, “Wow, I remember those tomatoes from last year.” 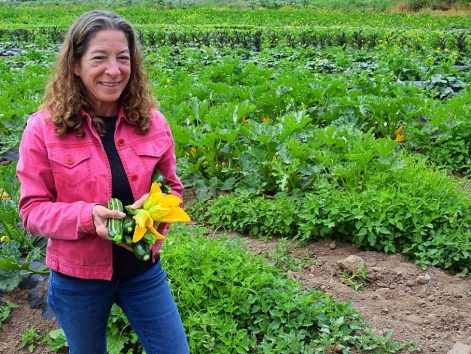 TELL US ABOUT YOUR HARVEST OF THE MONTH PROGRAM.

So every month, we have a fruit and a vegetable that’s a locally grown product that is grown by one of our farmers, and we highlight that on the menu. And then we put it on our salad bars in one form or another, and we weave it into our entrees. So if it’s zucchini, they’re going to see it in their marinara, and they’re going to see roasted zucchini wedges. And we have a program that just started where we do small cooking projects in the classroom and tie the harvest into that.

We’re very organic produce forward, and we market that a lot with harvest of the month. All of our elementary schools have gardens that are organic, and some of that produce gets into the salad bars. And we’re in partnership with Explore Ecology, which is a nonprofit in town that supplies our garden educators in the gardens. I really think it’s important that the kids get their hands out and in the dirt more. 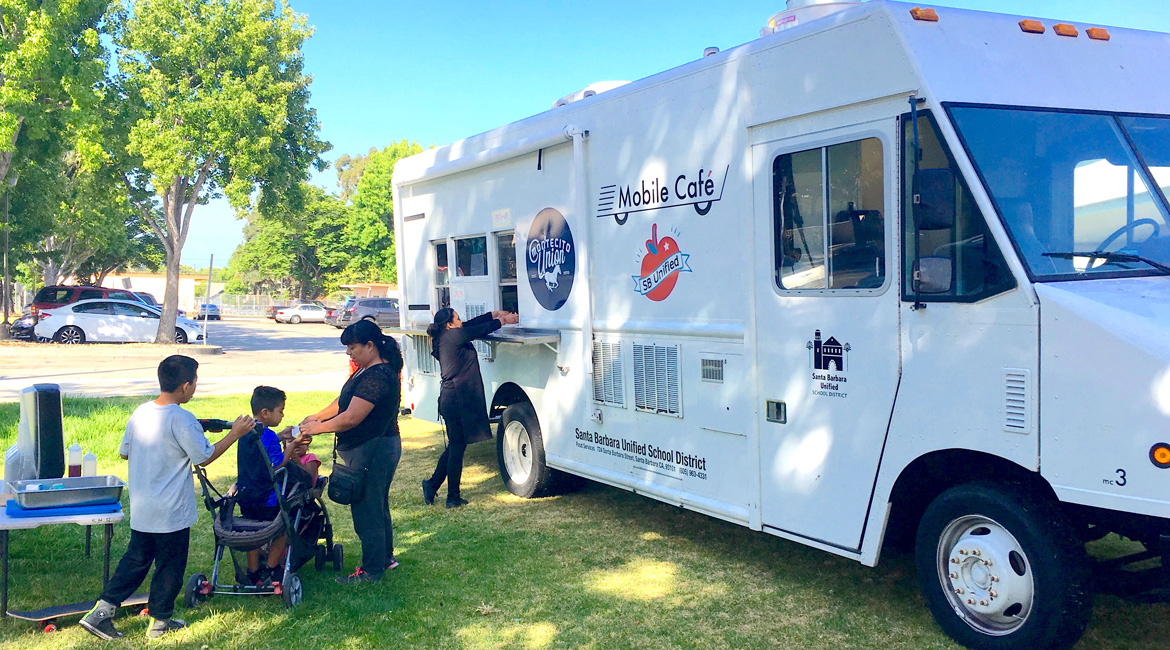 WHAT ADVICE WOULD YOU GIVE TO SCHOOLS TRANSITIONING TO A MORE WHOLE FOODS APPROACH?

They should make friends with their local farmers by going to their local farmers market and introducing themselves. It is not that hard to locate organic farmers who want to do business with local school districts. And start small so that you don’t bite off too much. When you transition into scratch cooking, you don’t have to do everything all at once.

ARE THERE ANY USDA OR OTHER PROGRAMS THAT CAN HELP SCHOOLS INCORPORATE MORE ORGANIC PRODUCE INTO THEIR CAFETERIAS?

Within the last 5 or even 10 years, there’s been a big push in farm to school. And the USDA—if you go on their website—has a lot of information about farm to school, and currently there are many local organic farmers that are dialed into the program. The California Department of Education has resources and programs like the Fresh Fruit and Vegetable Program. So there are resources, and there’s some money out there to subsidize districts that want to turn more toward that focus.

If you are interested in checking out the school menus for the Santa Barbara Unified School District, you can find them on Nutrislice.

Earlier this week, Pear Bureau Northwest estimated the 2019 pear harvest would yield only 1.6 million boxes of organic pears compared to the 2.0 million boxes that were harvested a year ago for the 2018/19 marketing season, representing a 20 percent decline.

EcoStadt Technologies is a family-owned company started in 2012 by Dr. Sen Ramasamy, who had decades of experience in the organics industry.

A pair of educational sessions focused on the future of organic plant health and an examination of how to effectively promote sustainability reporting have been announced as part of the 2019 Organic Grower Summit educational program, slated for December 4-5 in Monterey, CA. The two newly announced education sessions are part of an extensive OGS educational program designed to inform and engage organic growers, farmers and producers, and their service and supply chain partners.

3. Taking A Bigger Slice of the Premium Apple Segment with Envy

4. New Collaboration to Deliver a National Agenda for Organic Research