Over the past five years, more than 40 percent of California farmers haven’t been able to find the workers they needed to produce their key crops, according to a California Farm Bureau survey. Devastating stories abound of perfectly good food left on the field and this year was no exception. For an industry worth $550 billion to the US economy and its people, this is a scary statistic.

There are many reasons for the shortage, and they largely center on the visa program for seasonal agricultural workers, including the need to pay workers above-market wages, provide free housing and transportation to and from work. Already operating on tight margins, these requirements can be a step too far for many farms. Plus, it only covers a portion of the year when many farmers need all-year-round support.

The obvious solution is robotics and machinery that can replace the need for multiple workers. But making them work in a farm environment is easier said than done, according to Kyle Cobb, a cofounder of Advanced.Farm, a robotics startup based out in Davis, CA currently focused on the strawberry sector.

“We’re taking a dynamic environment, where we need to respond quickly to things happening around us that we know we don’t have control over,” Cobb said. This is very different to the robotics that have already been readily deployed in indoor environments such as car manufacturing factories. 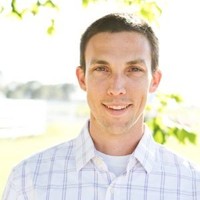 “If you think of really highly automated industrial assembly lines like you see in a factory, every motion is well coordinated throughout the facility and almost the entire factory is designed around the robot. You can control every aspect of the robot and get high precision and repeatability.”

Highly reactive robots at the other end of the spectrum move into “crazy humanoid robot” territory, adds Cobb. “They are doing really fascinating things but not really a practical application for farming.” So, the sweet spot, according to Cobb, is something in the middle.

Advanced.Farm has a machine that traverses the field on wheels with a human driver to guide it (although it’s unclear how important that human is) and two robotics arms underneath with custom end effectors – finger-like grippers. These robotic arms detect ripe strawberries and carefully pick them, leaving the stalk behind but keeping the calyx on the strawberry. 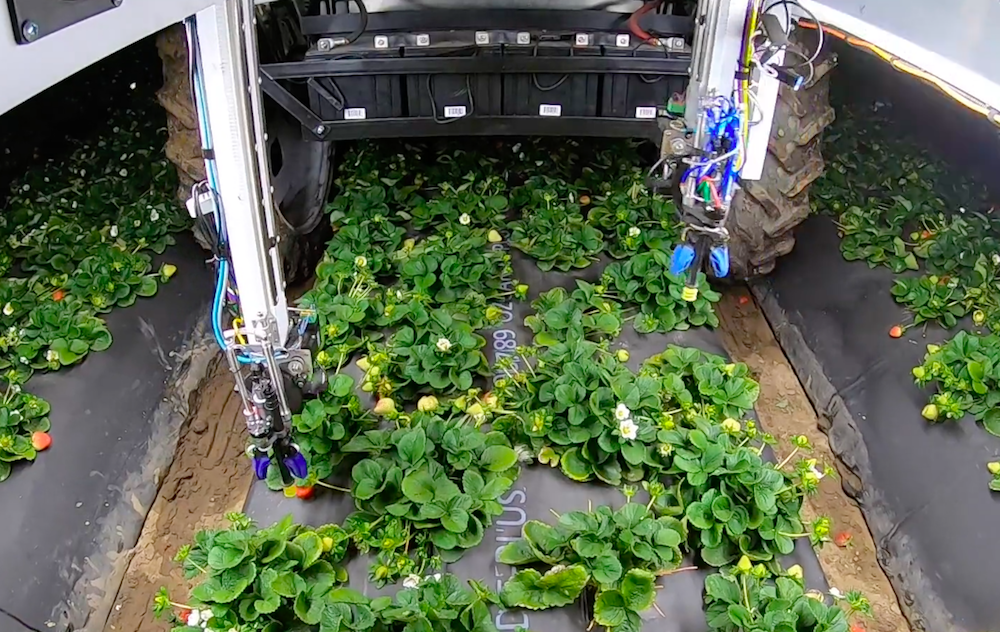 Enabling Advanced.Farm’s robot are the many advancements in technology from recent years including computer vision – the ability to detect something the computer has been trained to recognize -- and machine learning, whereby the robot becomes smarter on the job the more time it works on a specific task.

The overall look and design is fairly simplistic and the machine seems to move very slowly looking at the video on the company’s website, but Cobb said it was important not to spend a lot of money on added mod cons to solve every single issue in the first instance.

And they should know how to scale a robot company in an adverse environment; the core team founded, scaled and sold a solar panel cleaning robot company to Sunpower, the leading solar energy provider. By deploying hundreds of solar panel cleaning robots to solar farms around the world, the team says Greenbotics improved financial returns for owners, reduced water use, and created hundreds of high-tech jobs for workers.

“Deploying robotics in the desert was hard; they had to be reliable,” says Cobb, admitting that the team learned some hard lessons along the way.

On the technical side, those challenges came down to things like fuel reliability but also the importance of making it easy to repair or be operated by someone who didn’t speak English.

“We barely spoke any Spanish, so we had to give them tools to intuitively fix the problem; that’s our design philosophy and a big part of why we’ve been successful, Cobb said.

On the business side, he said they had to immerse themselves in the problem they were trying to solve for their clients to ensure the customer mindset was front and center in how they shaped the product and the service.

For Advanced.Farm, that’s resulted in offering a harvesting service, much like farmers get today with human harvest contracts, but with robots deployed on the field instead of humans. During the harvest season, multiple robots may visit a client’s farm to perform their duties, returning multiple times as strawberries ripen. It works with growers of all sizes with no real target farm size and is focused on California’s $1 billion strawberry market for the time being, particularly the areas of Oxnard, Santa Maria, and Salinas-Watsonville.

With a recent injection of capital from Yamaha Motors’ venture arm and other investors – to the tune of $7.5 million – Advanced.Farm will focus on building and deploying more machines in the field and expanding the business across regions in the US. Later it will also branch out into other crop types where Cobb says the technology will be transferable.

Ultimately Advanced.Farm wants to build “a farm equipment business for next century centered around automation.

It has been close to two decades since Grimmway Farms purchased its neighbor, Cal-Organic Farms, and became a significant player in the organic vegetable business.  Many people believe that the company’s organic division is the largest organic growing operation in the country.

After a relatively lackluster summer, the f.o.b. price on organic celery is once again climbing and could reach dizzying heights as demand will almost certainly increase over the next month.

HarvestMark was founded in 2004, and initially developed tracking technology to help authenticate electronic goods and pharmaceuticals in order to combat counterfeits. That all changed in 2006, following the spinach crisis.