His experiences have given him a perch from which to observe industry trends, including the meteoric rise of organic fruits and vegetables, from several perspectives.  In fact, he expects organic produce sales to continue to gain market share.  But more on that later; first the back story. 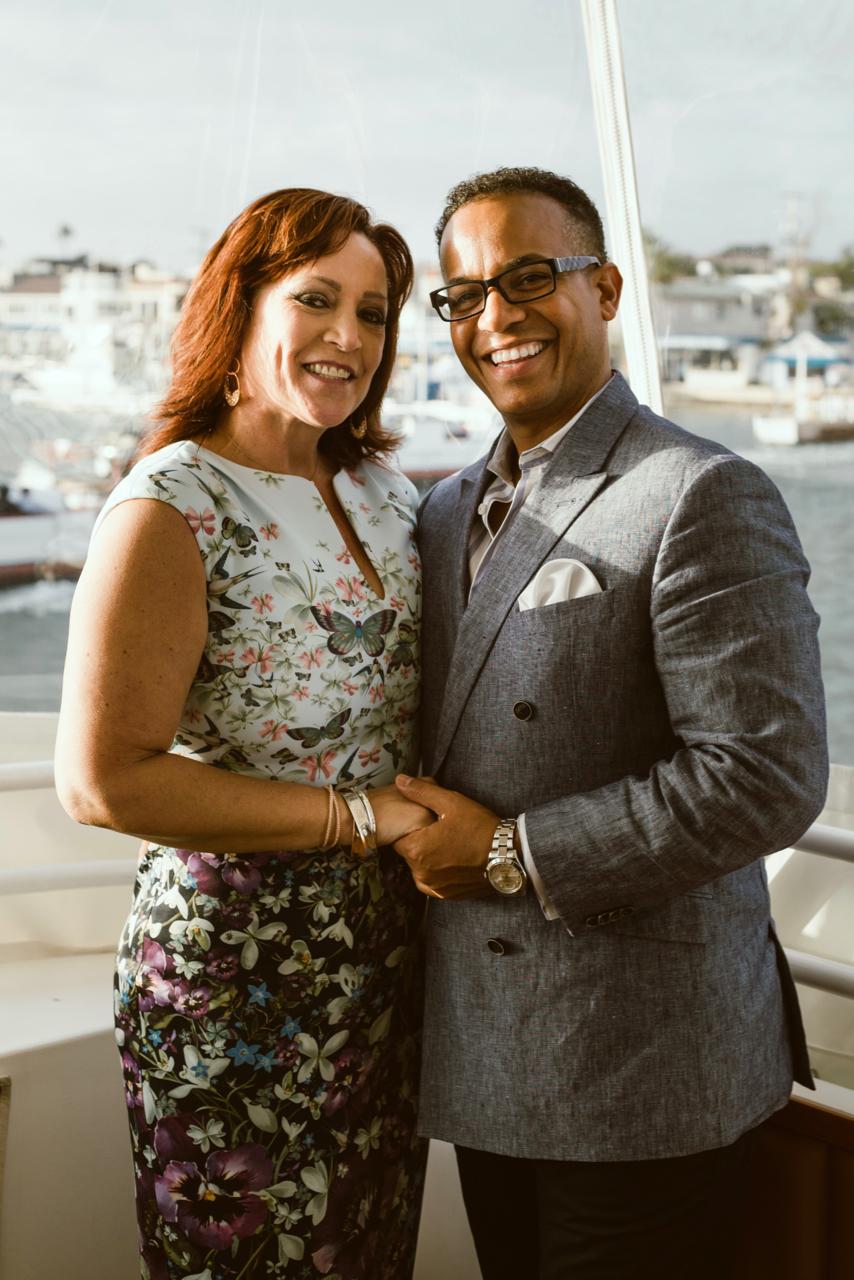 Robert and his wife, Clarissa Thompson

Thompson grew up in San Jose, CA, as a family of three as he and his brother were raised exclusively by their hard-working mother.  “She worked for the county and cleaned hotel rooms on the side to supplement her income,” Thompson remembers.

He did his part by working as a salesman for a local print shop when he was only 14.  He went to Milpitas High School, playing football and upon graduation planned to head south to attend San Diego State University…but life got in the way.

“I graduated when I was 17 (in 1987), turned 18 in August, got married shortly thereafter and had a baby the following June,” he said.  “My lovely wife, Clarissa, and I just celebrated our 32nd anniversary.”

Instead of college, Thompson headed to the nearest McDonald’s to apply for a job. He was hired and became a manager in short order.  “Actually, the management lessons I learned at McDonalds became guiding principles and building blocks for my entire career.”

He was with McDonald’s for two years when his wife, who cut hair for a living, talked him up to one of her clients: Tony Tantillo, who would eventually build a career as a radio and television personality as the Bay Area fresh grocer, a segment that is shown on CBS affiliates around the country. 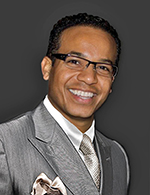 In those days, Tantillo ran the family produce firm on the South San Francisco wholesale produce market and was looking for a salesman.  Clarissa got Robert an interview and Robert secured the job.  He stayed there for three years, moving up the ladder and making a name for himself.  He then joined another San Francisco wholesaler for a couple of years before taking a position with Del Monte, which required a move to Huntington Beach in Southern California.  At age 24, he became one of the youngest people at Del Monte to ever reach the director level.  Thompson stayed with Del Monte for about a decade.

In the early 2000s, he followed colleague and longtime friend Mike Casazza to Apio, but he stayed there for only a year as Thompson wanted to take control of his own career.  He started RFT Farm Sales as a firm representing mostly Mexican growers on the L.A. market.  At the same time, Thompson began working with The Nunes Company and its Foxy brand as a regional brand representative.  He had a lot of things going and quipped, “I was only sleeping about four hours a night.” 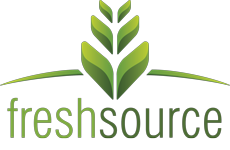 While RFT Farm Sales flourished with its lineup of tropical items including bananas, pineapples, papayas, mangos and avocados, the beginnings of what would become FreshSource also took off.  It was about a decade ago that Thompson launched FreshSource as a sales support and merchandising firm in Southern California.  Eventually, FreshSource became his main business focal point. The company has been growing ever since. It started out working the Los Angeles market but expanded to the Bay Area at that request of a client.  It has since expanded to other western markets with Denver being the newest market to which it is offering support. Today FreshSource represents 52 companies, with more than 50 employees, including 28 in-store merchandisers. The firm handles many of the top brands in the value-added sector but also offers representation for branded commodities.  And, one of the fastest growing categories in the FreshSource family are the organic items being offered by the firm’s clients.

Simply put, Thompson said grower-shippers have to get involved in organics.  “Every farmer should be thinking of different ways to transition to organics.  If you don’t, you are going to be on the outside looking in.”

He noted that with the number of produce SKUs increasing every day, real estate in the produce department is at a premium.  If retailers can get away with carrying just an organic option, they will do that.  Consequently, grower-shippers better be producing that option.  “It’s a constant challenge for retailers.  They have run out of space.  More and more if you bring in a new product, you have to take one out,” he said.

Thompson agrees that the percentage of growth in organics is slowing down, but growth is still occurring.  “Organics are still the hot product,” he said.

He expects the price gap between organic and conventional produce to narrow, and he said it has to for continued growth.  “Consumers will pay 25 or 30 cents more, but they don’t want to pay a dollar more,” he said, referring to retail specials where they feature a host of products in promotions such as $5 Fridays.  “I don’t think consumers will pay $6 for the organic option.”

Giving a plug for the kind of work that FreshSource does, Thompson said sales support and merchandising help has grown beyond value-added to commodities.  Again, he said produce department real estate is so tight that a company needs to make sure its products are merchandised properly and achieving sales success.  Otherwise, they will lose shelf space.  Thompson noted that eliminating labor is still the number one strategy employed by retailers when they need to boost their bottom line.  That means less help and retail and less experience. He said it is very expensive for a single brand to be able to afford having in-store merchandising help.  “But when you can spread that cost across 50 brands, it makes sense,” he said.

KipTraq, by Green Willow Group LLC, is a mobile data collection and mobile forms app that was built with plant and field operations in mind. The system runs on Apple and Android operating systems, providing real-time, accurate data collection with instant email notification for “out of specification” operations.

With most supplies of organic potatoes coming out of storage at this time of year, a pair of potato industry veterans predict the supplies will be plentiful for the holidays with promotable pricing, but supply gaps could occur in spring for a variety of reasons.

OPN staff members, Kelli Runge and Cate Aldrete, attended the Produce Marketing Association Fresh Summit last week in Anaheim for the first time. Below the pair share their thoughts on their first ever PMA---- and five takeaways that stood out and left them excited for PMA in 2020.

5. Everything You Need for the Fall 2019 NOSB Meeting