Today, AZOMITE is still being mined from that same location, with a 30 million ton deposit in reserve and providing growers – especially organic growers – with a unique, natural material loaded with potassium, calcium, and magnesium.  An acronym that stands for “A to Z of Minerals Including Trace Elements,”  Azomite can be described as a dacitic (rhyolitic) tuff breccia, which is a hard rock formation that formed from the ash of a volcano that erupted an estimated 38 million years ago. The deposit is “unique to its location and circumstance.” It is not manufactured or chemically prepared. It is  naturally derived and is completely free of additives, synthetics or fillers.  Anderson initially sold it as a feed additive and fertilizer to select customers in Utah and California. 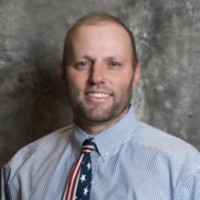 Company President Jim Phillips told OPN that AZOMITE is now sold globally, with both intended uses in place. For growers of organic crops, AZOMITE’s mineral composition can increase yield and improve quality at a competitive price.

While AZOMITE has acceptance in the organic community, the company continues to work closely with growers on application, utility, and use, to make sure it’s right for them. The company’s website reveals positive results through testimonials from growers.

A greenhouse tomato trial conducted in California showed a 28 to 49 percent increase in the individual weight of tomatoes depending upon the delivery method of the AZOMITE on the crop. A pepper study was conducted under organic production practices by Colorado State University researchers.  The assessment revealed that AZOMITE-applied plants returned increased yields and more marketable fruit with increased revenues per acre of 30 percent over the control (using an application rate of 100 pounds per acre). 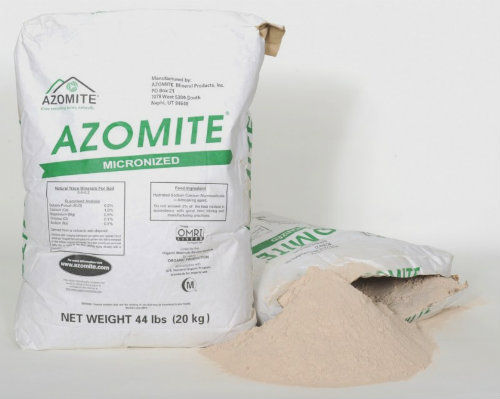 California citrus grower Kyran Rice reported increased yields and improved quality on both his valencia and navel orange groves after adding AZOMITE to his compost program. He also adds AZOMITE to his pre and post-bloom spray program.

AZOMITE is produced in five different grades, each with a different level of coarseness for a variety of uses.  The product is offered from an ultrafine grade (half the thickness of a human hair) to a sand-like coarseness known as field grade. It is also provided in a pelleted and granulated form. The ultrafine grade can be used in fertigation and in spray tanks, while the micronized grade can be used to amend potting soil.  The granulated configuration works well in broadcast and banded spreading applications. Field grade is often utilized as an additive to compost.

Phillips revealed that AZOMITE delivers its products to growers through a network of distributors, and encouraged interested growers to contact their local distributor, for more information.