While I was visiting and talking to a produce manager about their organic sales, a customer was seen browsing items in that section. At first, the shopper picked up a stalk of celery and a head of Iceberg lettuce from the organic display.

Moments later, she saw the same two items in the conventional section. The customer then placed the organic items back onto the organic display and chose the two conventional items instead.

When we asked why she didn't take the two organic items, the woman replied she had never purchased any organic produce before and wanted to try it, but the prices were out of her affordable range. 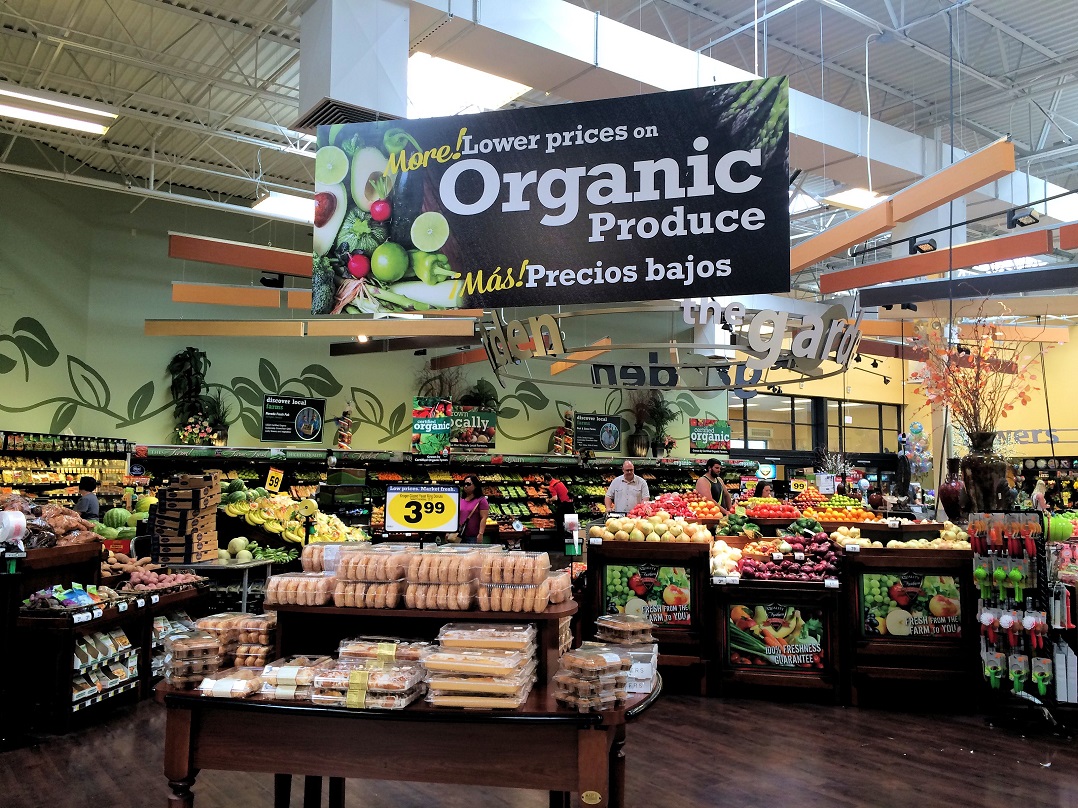 The organic celery in this particular supermarket was priced at $2.99 and the lettuce at $2.49 compared to the conventional prices at $1.49 on both. Likewise, other organic items were priced above those of conventional produce. This is certainly understandable due to the much higher organically grown farming costs.

We, in the produce business, understand all about the aspect and costs of organic farming. Unfortunately, the non-organic shoppers do not. Therefore, they continue to resist the higher prices of organic produce and simply sidestep it. 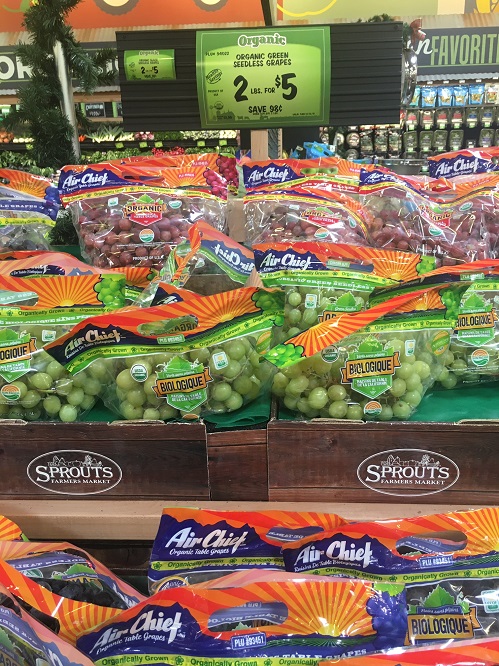 This event compelled me to study pricing at eight different supermarkets and compare the combined average between organic and conventional total retail amounts. The results revealed that the organic prices were 39.7% greater than the conventional produce item for item.

Is the range of organic and conventional pricing a far distance from one another that it may be causing slower turnover, thus also contributing to shrink loss?

Paul Kneeland, executive director of fresh operations for Gelson's Market in Orange County, CA told me, "Retailers need to have a clear pricing strategy if they seriously want to be in the organic game. Customers are generally good with around $1 to $2 premium in our stores. Of course the quality has to be the same or better – which is a factor some retailers do not take into account. To mitigate any shrink – a conversion strategy is recommended - organic produce can be converted into cuts in stores for ready to eat, cooked or given to in-store food service."

So, how do we encourage the non-organic shopper to step aboard in purchasing more of the organic produce line? Would improving product costs and more attractive in-line pricing levels cure that environment?

Kneeland explained, "Merchandise categories together - organic produce displayed above conventional items to show customers a greater assortment and let them make the choice. Improved costs and pricing always helps but promoting organic in ad for the same price as conventional has proven to be a very successful technique in converting customers to organic." 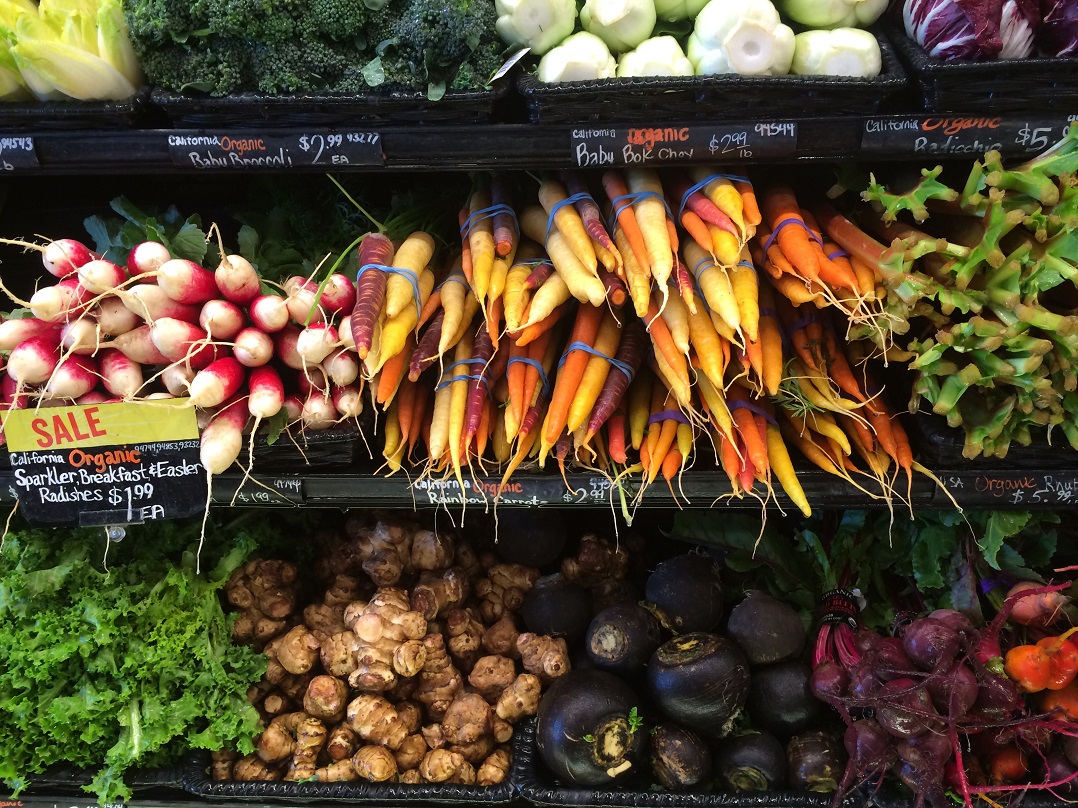 I agree with Paul's program of pricing both organic and conventional items the same in the ad program. In fact, some produce directors follow that same approach. It's more of an investment on the retailer's part, but can capture the interest of those non-organic shoppers into making purchases. Once they buy into it, they may try other organic items and the sales will increase from those new customers.

Simply put, this strategy of ad marketing and display merchandising is a process in educating the consumers. Once they understand and try it, they will step over the line into the organic arena.

Many shoppers feel organic produce is too expensive. This is an indication that we need to be promoting it differently, better and more often. 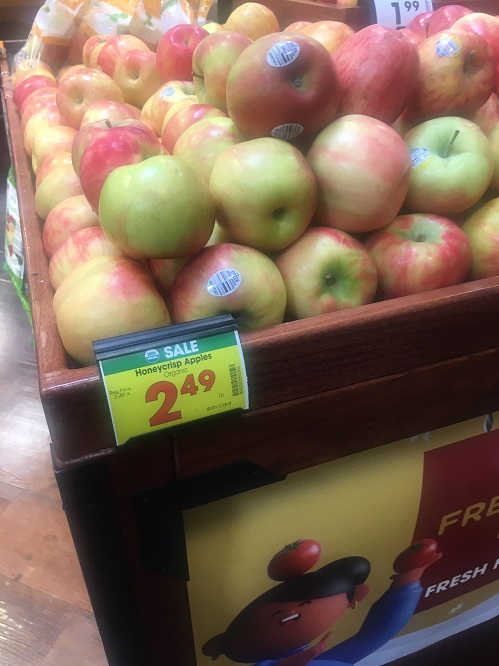 According to latest reports, the increased percentage of organic sales has started to ease. I believe the reason for this slowing is because only the dedicated organic shoppers are doing most of the buying.  This pace is reaching a saturation point of delaying the growth. Selling the same amounts to the same organic shoppers at the same prices is just redundant.

We need to institute more consumer outreach. In order to lure new customers to organics, we have to give them more attractive pricing.

Yes, it costs more to produce organic fruits and vegetables, since it is a different and more expensive farming process. The retailers are doing their part with expanded department sections, increased items in the ads, and reduced prices for promotions. More is needed from all other areas of the industry to continue this drive for growth.

The non-organic consumers have spoken. They will come over to the organic side and purchase it when the pricing is more appealing to fit within their personal financial obligations.

Ron Pelger is the owner of RonProCon, a produce industry advisory firm. He can be contacted  by e-mail at ronprocon@gmail.com.