A trio of keynote speakers at the Organic Grower Summit presented definitive action each are taking to address some of the major problems facing Mother Earth.

Both David Perry, CEO and director of Indigo Ag, and Kat Taylor, founding director of TomKat Ranch Educational Foundation, focused their remarks on how a disruption of modern ag practices and a return to old-fashioned techniques can literally reverse the disastrous climate change direction that this planet is headed. Amy Ansel, founder and chief marketing officer of Titan BioPlastics, revealed that bioplastics, made from plant-based polymers, can reverse the world’s reliance on ocean-choking and environment-ruining petroleum-based plastics. 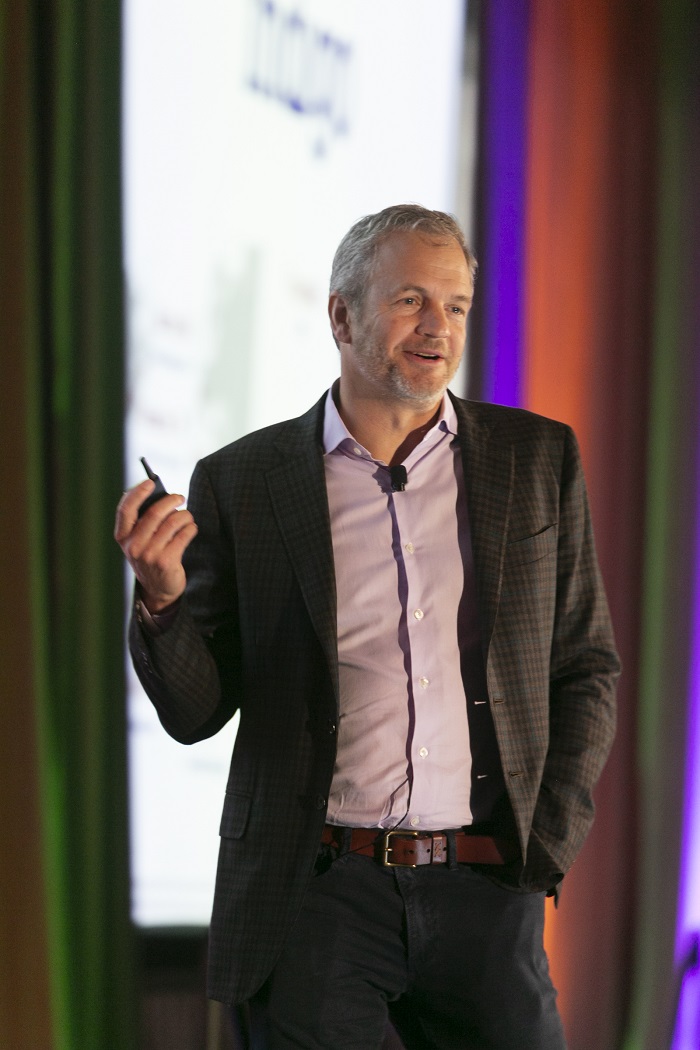 Perry briefly talked about his company, Indigo Ag, which is dedicated to using natural microbiology and digital technologies to improve both environmental sustainability and grower profitability. But he quickly pivoted to a global project called the Terraton Initiative, which is dedicated to removing one trillion tons of carbon dioxide from the atmosphere through regenerative farming practices.

That concept is not new technology but rather returning to traditional principals of planting cover crops, utilizing no-till farming, rotating crops, reducing inputs and incorporating grazing livestock into the soil-building process.

Perry said that the Paris Climate Agreement, signed by almost every country in the world, is designed to stop increasing the level of carbon dioxide (CO2) in the atmosphere. This year’s worldwide measurement put the number at more than 411 ppm. For almost all of measurable history, that number has topped out at 250 ppm and typically operated in a range in the 200-250 ppm range. Over the last 250 years, the reliance on fossil fuels has caused a steady increase in CO2 ppm levels…and they are still on the rise.

Perry applauds the effort to stem the tide, but believes much more needs to be done. He, and many others, believe an all-out effort is needed to suck some off that carbon out of the environment and sequester it in the soil, where it does great work increasing yields, improving the nutritional profile of plants and increasing the water retention capability of soil, which reduces flooding.

Attendees listen to David Perry during the OGS Keynote session

Photosynthesis is the process of sucking CO2 out of the environment and transferring it to the soil. The Terraton Initiative is aimed at convincing farmers to change their growing practices to increase the amount of CO2 that is taken out of the air every year. The concept involves paying farmers $15 to $20 per acre to adopt regenerative growing practices. While that sum of money might not seem like much to specialty crop growers, Perry said the average farm/ranch comprised of grazing land and field crops returns only about a $40 per acre profit to the farmer. An extra payment would be a welcome sight and he believes a strong incentive to change farming practices to a method that will also improve the farm’s production. Already 13 million acres have signed up to participate. A public/private partnership utilizing donations, carbon taxes and government spending to fund the project is envisioned.

“If we decide collectively that we want to do it today, the technology is there to do it,” Perry said. 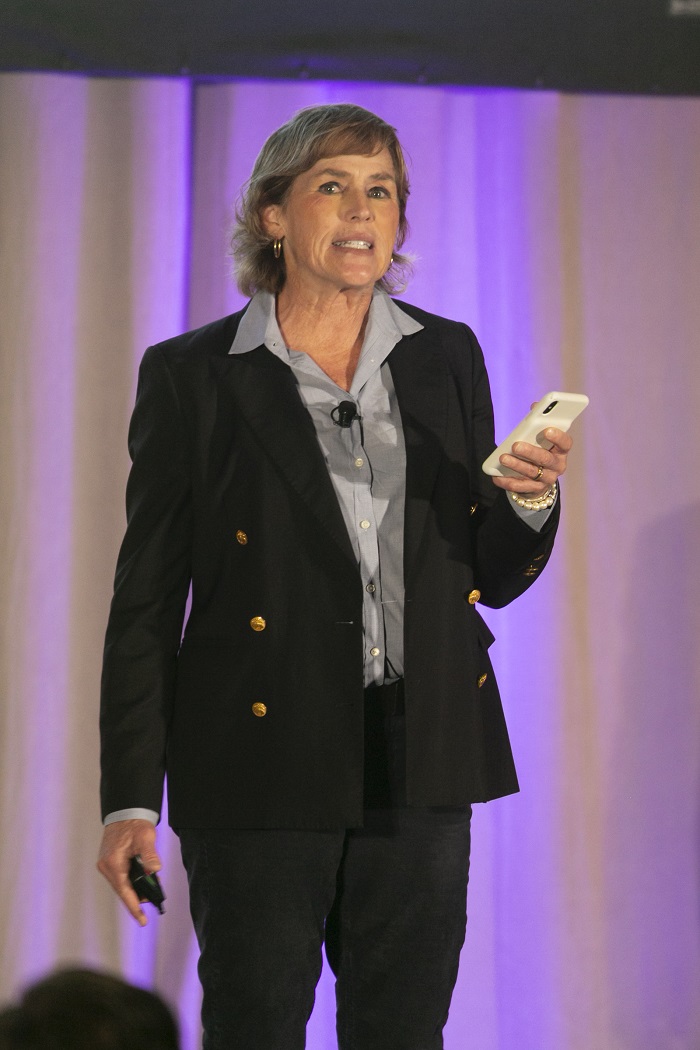 Taylor of TomKat Ranches established the ranch in 2002 as an effort to create a regenerative grass-fed livestock ranch to do exactly what the Terraton Initiative is proposing. She explained the practices of the working ranch, which include cover crops, no till farming and no chemicals. The 1800 acre ranch is located 50 miles south of San Francisco, providing good jobs for many people and sustainable meat for their customers.

The farm is part of the TomKat Ranch Educational Foundation, which has three priorities: create a learning laboratory at the ranch for other agriculturalists that want to follow suit, convert one million acres of California rangeland to regenerative management, and to improve soil health, climate stability, water quality, animal welfare, economic prosperity and biodiversity. 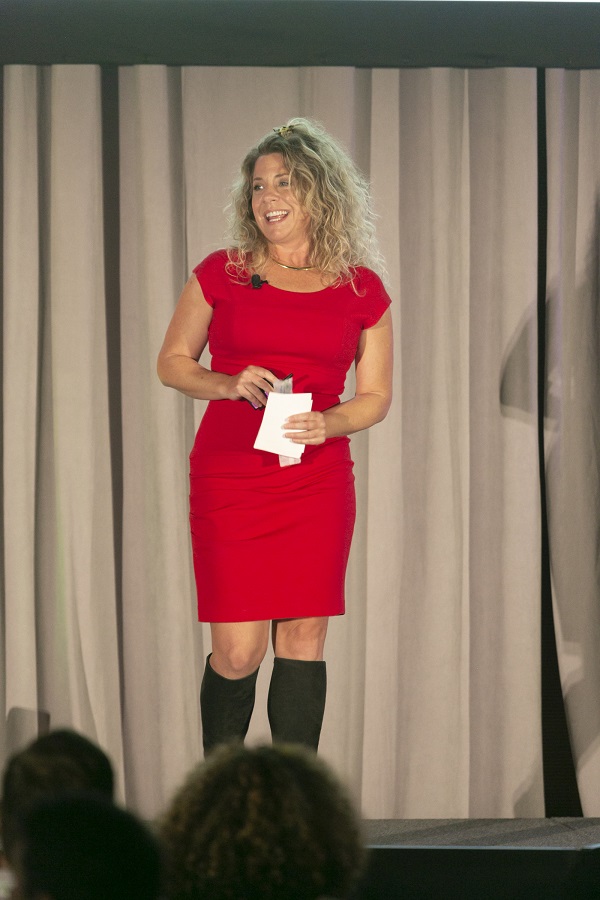 Ansel of Titan Bioplastics preached the gospel of using plant-based polymers to replace the petroleum-based plastics being used across seemingly every industry in the world. Her presentation included some props proving that using hemp, and other crops, to create plastic is a developed technology, not a pie-in-the-sky idea.

In fact, Ansel said the technology to create alternatives to plastic bottles, clamshells, crop covers and virtually anything else made from that material is far ahead of the capability of the supply chain to use it. The farming of hemp for this means is being touted wide and far, especially in the organic farming sector. But Ansel urged the audience of organic growers to walk before they run and she advised against growing hemp unless the grower has a customer for it. Currently, she said only about 25 percent of the available supply has a home in the commercial processing sector. 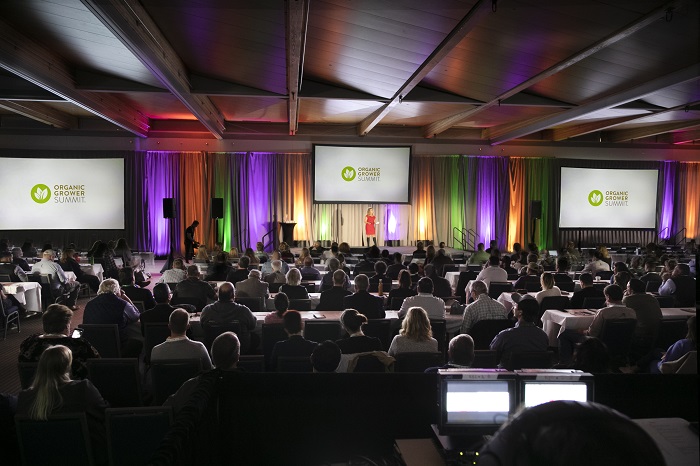 But she is still very optimistic about the future and the ability of hemp to revolutionize the world of plastics. “We are going to get it right,” she said, imagining a time when a drink bottle can be shredded into a garden to provide nutritious food for plants.

A half dozen presenters took center stage during the recent Organic Grower Summit in Monterey, CA, to discuss new strategies and opportunities to use cutting-edge agricultural technology to help farmers cut costs, increase revenue and improve efficiencies on the farm. The first set of speakers discussed new technologies in the growing end of the business with the second panel talking about advances in the utilization of yield on the production end of the operation.

Lisa Spicka, associate director of the Sustainable Food Trade Association, moderated the second half of the “Disruptors” seminar and focused her attention on food waste with each of her panelists offering technologies that help put more of what is grown on the table and less in the trashcan.