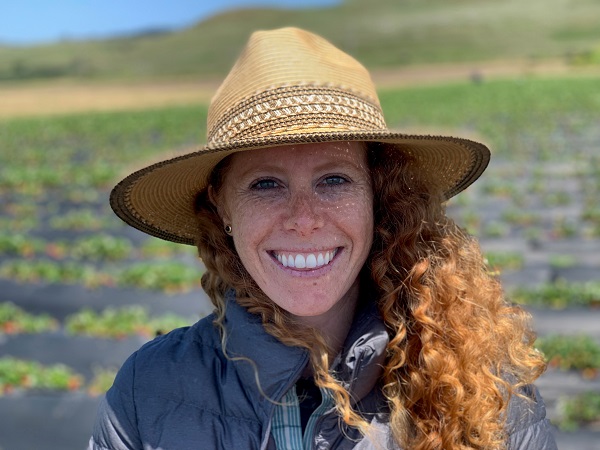 Moderator Haley Baron, an Education and Research Program Associate with the Organic Farming Research Foundation (OFRF), was not surprised by the robust turnout. “Farming is risky business. Between climate, drought, changing pest cycles there is a lot of potential risk,” she says, “but perhaps soil degradation and erosion is the biggest risk of all. It takes up to 500 years to replace an inch of top soil lost to erosion or wind. Farmers know the risks and that’s why they are desperate for information and science-backed strategies that will help them protect their soil.”

The panel consisted of two PhDs and one long-time successful organic grower—old school and new school sharing the stage, knowing that both will be necessary to take organic into the future. Phil Foster, owner of Foster Farm, has been farming organically for more than 30 years, growing over 60 varieties of vegetables and tree fruit on almost 300 acres in two locations in California. 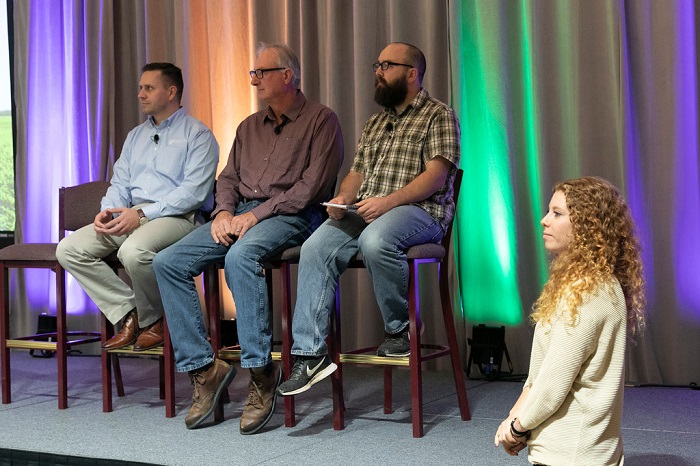 Part of his business strategy is to meticulously track the organic matter in his soil because, as he told the crowd, even modest gains in organic matter in the soil make a huge difference in plant health and yield. Foster maintains soil health with a six-point plan focusing on composting, cover cropping, reduced tillage, diversity, leaving roots in the soil for as long as possible, and soil cover.

Foster Farm produces 1,500 to 2,000 tons of their own compost every year, utilizing dairy manure, horse manure, duck manure, clean green materials from urban areas, wheat hay, and culled vegetables from their own fields. High heat over a three-and-a-half-week period destroys pathogens, but Foster says science provides the ultimate reassurance that what he is putting on his fields is safe.

“These days we are interested in the biology of the compost, so we send samples to the lab. We want to know fungi levels, bacteria levels, and ratios. We also want to know the physical properties of the compost. Every row is tested for pathogens,” he says. 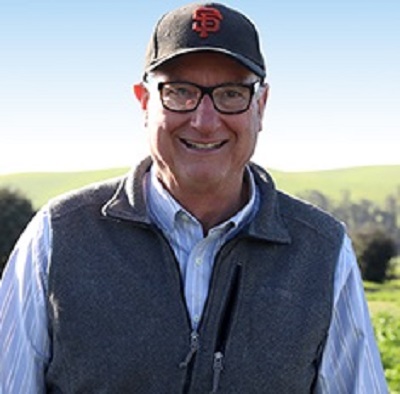 Foster is aggressive with his cover crops, experimenting with diversity and working the timetable to get plants in the ground very quickly after harvest, in some cases the day after. Reducing tillage, trying not to invert the soil, is also part of his overall strategy, but he admits it’s a whole lot easier in orchard situations than in vegetable fields. Foster’s approach to soil health is to take tried and true organic principles and improve upon them: fine tune the cover crop mix and rotation, develop his own tillage equipment that helps him achieve less inversion, and cook up his own composting recipe for maximum impact.

These principles are the foundation of organic farming, but more and more these days, they are being augmented by science and technology. Jozsef Racsko is a Technology Manager with Mycorrhizal Applications, a company that promotes mycorrhizal fungi as a natural way to enhance root system growth, improve nutrient efficiency, and increase water absorption.

The symbiotic relationship between the fungi and plant roots has evolved over millions of years, but scientists are now learning to harness the relationship in a way that benefits farmers. The spores require carbon and they get it from the host plant which controls the symbiosis. 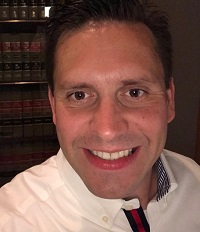 “The chemical make-up of a plant triggers micro-fungal spores,” Racsko explains. “In stressful conditions like drought, plants need help so they produce certain chemicals that trigger the fungal spores, which in turn expands the area around the plant where it can access nutrients. If plants don’t need the help, they simply don’t produce the chemical triggers.”

Mycorrhizal fungi will not form this symbiotic relationship with all plants, but for the crops that can benefit, Racsko says fungi will help farmers build crop resilience to stressful soil conditions, reduce fertilizer needs, reduce water needs, reduce nitrogen or prosperous leaching, and maintain micro-bacterial diversity.

The third leg of the triangle on this panel, as explained by Jared Zystro with the Organic Seed Alliance, is to develop seeds that work specifically for organic farmers in specific conditions and locations. He says in conventional breeding programs, seeds are developed in optimum conditions—low stress and low microbial diversity, which is not always helpful for the organic grower. 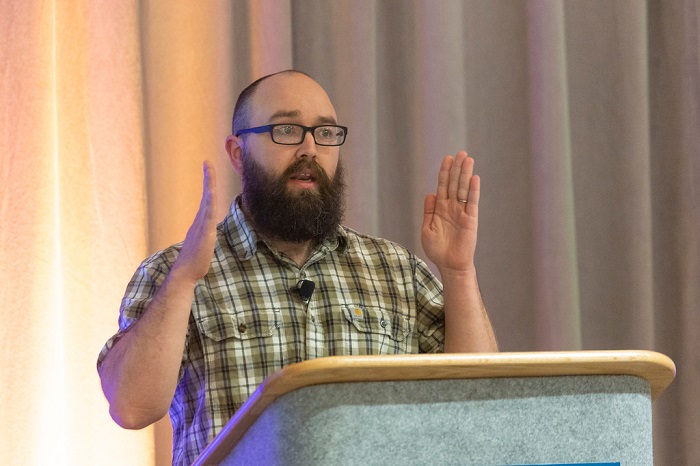 He tells the story of a zucchini farmer in Humboldt County, California. In his fields, water was available for the plant at a depth of 8-12 inches down in the soil throughout the summer. He developed a variety with deep roots to take advantage of that water a foot below the surface. A variety that could thrive with no supplemental water throughout the growing season.

Zystro says, “The variety that this farmer developed is a workhorse as opposed to a racehorse. While these plants may not produce as well at the beginning of the season they can withstand the full season, and in the end, produce more.” Just one example of working with natural limitations instead of against. 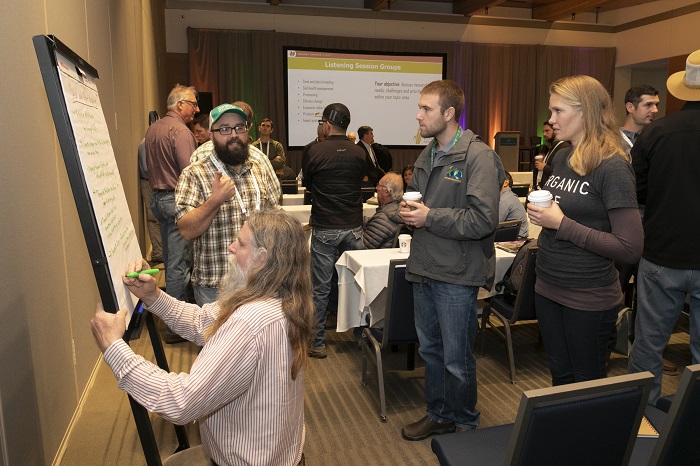 After the panel presentation, audience members broke out into small groups for what was described as “listening sessions.” Moderator Baron said it was an opportunity for growers to talk about their areas of concern and a great way for her organization to determine areas ripe for research.

The six designated areas for small group discussion included soil health, breeding, economic and market risks, processing, insect and pest control, and climate change. It was clear that participants were looking for practical information to help in the day-to-day operation of their organic farms. The breakout sessions on soil health and insect and pest control attracted the largest numbers. 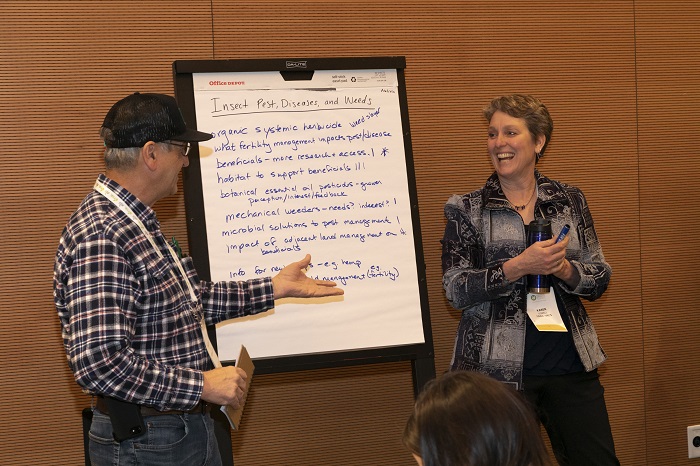 One common concern expressed from all the groups was a desire for information on the latest research, new techniques, and new technologies—making the case for the importance of conferences like the Organic Grower Summit and research groups like the Organic Farmers Research Organization, which is currently working on its latest National Organic Research Agenda set for release this winter.