Moderator Steven Muro, President of Fusion Marketing, noted the “organic market is going to soar”, with sales of organics driving both produce department sales and growth. 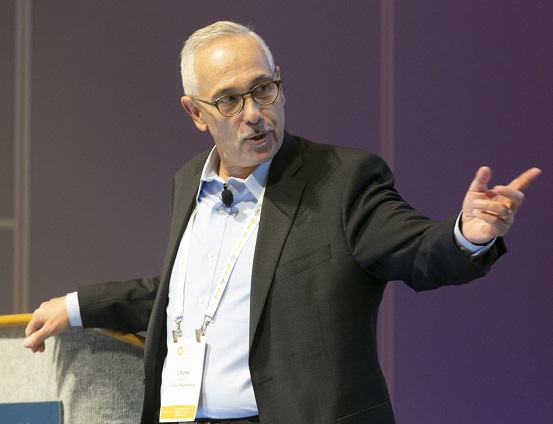 Steven Muro, President of Fusion Marketing, spoke with attendees about the future of organic sales

Fusion Marketing has delivered detailed market analysis of the California retail scene for one of its customers for about a half-dozen years, and Muro said that in the past year, organics accounted for six percent of total produce department sales in California, while generating 11 percent of dollar sales and 18 percent of year over year growth.

The session included Laura Batcha, CEO and executive director of the Organic Trade Association (OTA), delivering information from consumer research that OTA conducted early this year, and Mike Galaburda, client director for Nielsen, who discussed trends from the scan data that his firm collects from the majority of retailers across the nation.

Batcha reported that the OTA consumer attitudes survey was the first time in seven years that the group had done this deep dive research. More than 3,000 shoppers were interviewed in a variety of ways to delve beyond the surface into their thoughts and reasons for purchasing organic items. Batcha said it was a comprehensive project with the shoppers balanced in a variety of ways to make sure they were a representative sample of the demographics in the United States.

Only those that purchased organics in the past year were exposed to the full battery of questions concerning attitudes about the category. One of the major goals of OTA’s research was to find the trigger points that could lead to increased purchasing of products in that category.

Of those surveyed, OTA found that 62 percent of shoppers did buy an organic item at some time during the year; 12 percent of those shoppers were identified as heavy users while the purchasing habits of 50 percent put them in the category of light users. 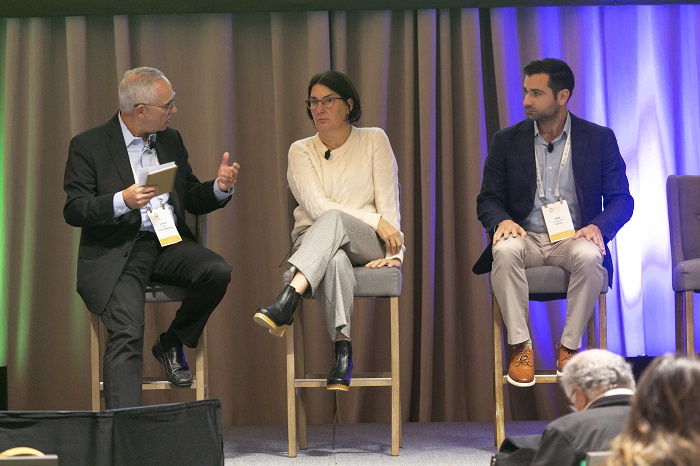 Industry leaders from Fusion Marketing, OTA and Nielsen took the stage at OGS to deep dive into organic sales

“The key for the future is to flip those numbers,” Batcha said, quipping that the industry would be in a great position if 50 percent of organic buyers identified as heavy users.

She said the number one message that resonates with consumers when they are considering buying organic produce is that the production method is better for both people and the environment. “It’s good for you and good for the planet,” she said is the message that both light users and heavy users found to be the most compelling.

Consumers also responded positively to messages emphasizing how strict the certified organic standard is and that it is not easy for a grower to transition to organic production. “Shoppers want to know the standard is difficult to achieve and that it’s hard for you to do,” she told the audience of largely organic growers. 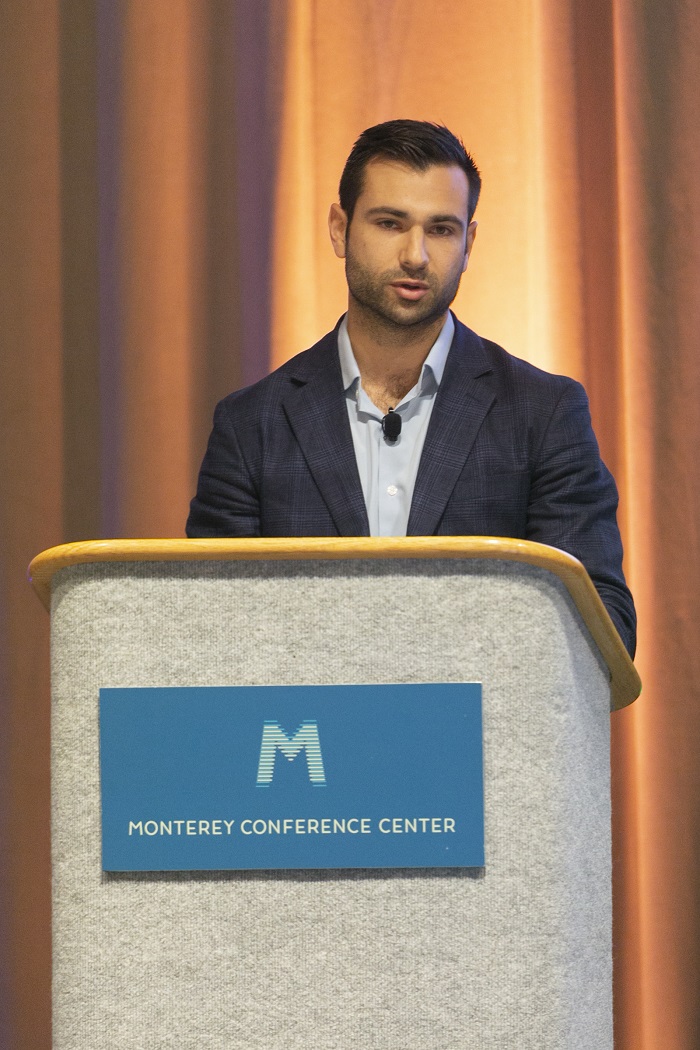 She added that the fact that organic farming avoids the use of chemicals is another strong message. This idea got some pushback from an audience member who identified himself as a grower who has been producing organic crops for more than 30 years.  He believes the average person doesn’t know what organics means and doesn’t think chemicals of any kinds are used on its production. He questioned whether calling attention to the chemicals that producers don’t use would be a good strategy.

Batcha responded that there are more than 700 agricultural chemicals that can’t be used in organic production. In the consumer attitude research, she said consumers reacted positively to that message. That would seem to trade on the attitude that organic production should be difficult to achieve.

Batcha said one thing that consumers did not respond well to is the blurring of the distinction between conventional and organic. They seem to like growers 100 percent committed to organics rather than those grower-shippers who produce for both categories. 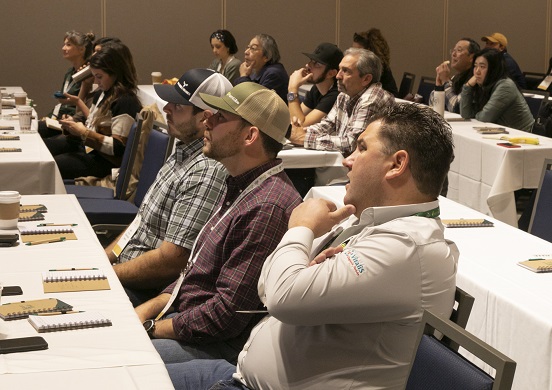 Attendees learn more about the future of organic sales

Galaburda of Nielsen, which uses in-store scan data to measure sales, said the four year trend shows continual growth for organic produce, but the rate of growth is slowing. The data also shows that while more and more produce items are being offered as organic, retail sales are dominated by the top items. In fact, the top five organic produce items in terms of sales volume represent 50 percent of sales in the category.

The scan data also shows that young adults with kids and both Asians and Hispanics over-index with regard to their organic produce purchases. All three of these trends support future growth as all three of those shopper subsets are increasing in number.