When Dennis Holbrook decided to start an organic citrus operation in South Texas in 1984, he was not met with much encouragement. In fact, far from it.

“I was ridiculed and made fun of because I was doing organic,” he recalls. “No one thought [it] could be done in our area. In fact, my father told me in the beginning, ‘You will never be successful with this. You’ll go broke trying to doing this.’”

But Holbrook was undeterred. “I told him, ‘I have a vision, and I have a plan. And I’m going to work that plan to accomplish that vision.’” 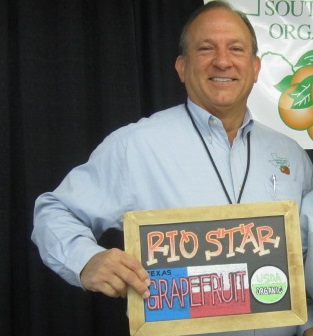 Today, 36 years later, Holbrook’s vision has become a reality—his company South Tex Organics is thriving. The largest organic citrus operation in the state of Texas, it has 500 acres of production and last year yielded about 14 million pounds of citrus.

Holbrook grows primarily Rio Star grapefruit, along with several varieties of oranges and Meyer lemons. He also grows red, white, and yellow onions. Row crop vegetables are something he learned to cultivate after a big freeze took out a large chunk of his citrus operation in 1989, and he needed another source of income.

The ’89 freeze actually wasn’t the first time a cold snap had prompted a shift for Holbrook. It was a historic freeze on Christmas Eve of 1983 that led Holbrook to start growing organically. During that freeze, temperatures dipped to 19 degrees in nearby McAllen, and half of the area’s total citrus production was destroyed—about 35,000 acres. “Everybody else thought it was doomsday,” he says. “I took it as an opportunity to make a change.”

In the years leading up to the ‘83 freeze, Holbrook had begun having doubts about conventional growing methods. “I was seeing some cultural issues… large consumption of irrigation water, more fertility required to effectively grow crops, and so forth,” he recalls. “I began doing some tests and found that with the continuous use of herbicides, we had basically depleted the organic matter content in our groves.” 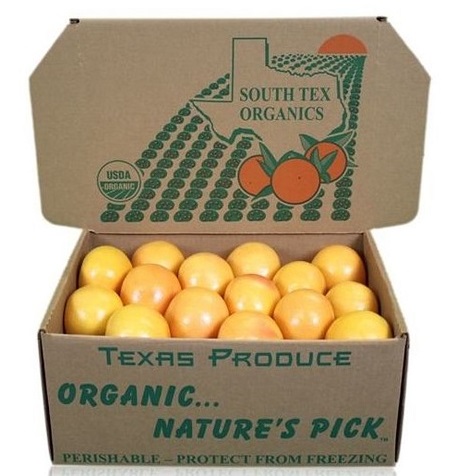 South Tex Organics produces over 7,000 tons of citrus per year

In 1982, test results showed that the organic content of his soil was a meager 0.4 percent, and it later dropped even further to 0.22 percent. Without any post-irrigation greenery regularly sprouting up and then being tilled under—an orchard management technique Holbrook had observed in his youth—no organic matter was being returned to the soil to form humus.

“We basically created a sterile media,” he says. “You couldn’t find an earthworm no matter how hard you tried. They just weren’t there because there was nothing for them to feed on.”

Not only was the soil was lacking nutrients, but it also couldn’t hold water properly (“humus are nothing more than microscopic sponges,” he explains), so irrigations had become more frequent. When he was a child, the groves needed three to four irrigations a year, but by the time he had taken over his father’s company in the late seventies, as many as nine irrigations were required.

Holbrook’s decision to go organic was also influenced by a study at Texas Tech University that was examining pesticide residues in agricultural workers. “They were not having a great deal of success getting farmers or ag companies to participate because of what they may or may not find out,” says Holbrook. “And I told them, ‘I will allow you to test my employees if you test me as well.’” 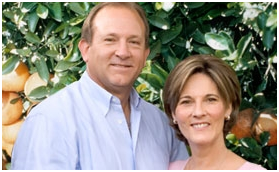 Since he was 12 years old, Holbrook had been driving herbicide rigs, and he had also worked as a chemical mixer for a crop duster. Because of his exposure, he says, “I was just curious as to what kind of residues I may have in my own body.”

The results were alarming—he was in the upper 90th percentile of the workers tested. He was particularly concerned because he and his wife were having children at the time.

“All of these things culminated together to me thinking there has to be a better, safer way to produce food than what we are doing,” says Holbrook. He wanted his growing operation to be good for the environment and safe for himself, his employees, and his customers.

The freeze in 1983 was the impetus he needed, and as he began replanting his orchards, he also started to rebuild the soil with compost and cover crops. His first customer was Whole Foods, back when they only had two locations in Austin.

Over time, he began selling his citrus throughout North America and sometimes abroad to the E.U. and Japan, something he says is no longer necessary due to the strong demand in the U.S. His highest sales volume is currently in the Pacific Northwest. 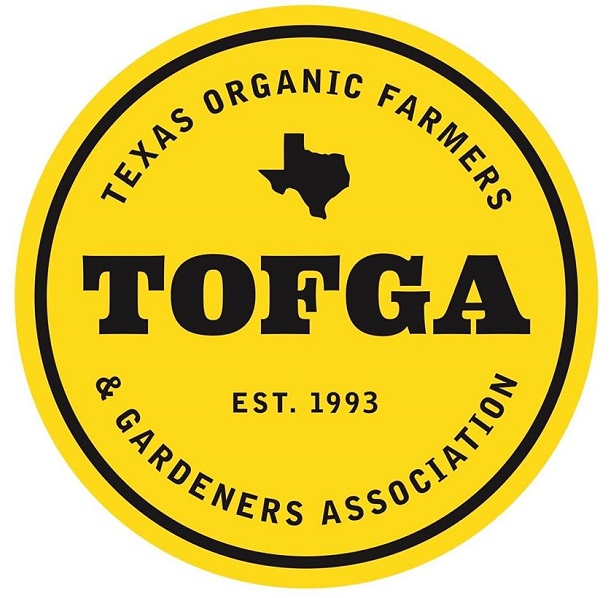 Holbrook is a founding member of the Texas Organic Growers Association

Holbrook has experienced some competition from Mexico because the low cost of labor there means its growers can offer better citrus prices than American operations. While he finds the cheap labor to be an “unfair competitive edge,” he also acknowledges that it’s “just part of the industry,” and he notes that the competition is tempered by the fact that only a limited amount of citrus can be imported from Mexico due to fruit fly issues.

In the U.S., Holbrook is unable to ship fresh citrus to California and Arizona for retail sale because of Sweet Orange Scab, a citrus fungal disease that was first detected in Texas in 2010 and has since spread to other states.

However, due to the strong domestic demand for organic citrus, neither the Mexico pressure nor the California and Arizona restrictions have hurt South Tex’s business in any significant way. Plus, Holbrook says he’s had some new markets open up recently on the East Coast as a result of the utter decimation of Florida’s citrus by greening disease (also known as Huanglongbing or HLB).  Because of freight costs, East Coast buyers have historically tended to purchase their citrus from Florida, but the HLB outbreak has forced them to look elsewhere. The greening disease has been so bad, says Holbrook, that to his knowledge, there was no fresh organic citrus coming out of Florida last year. 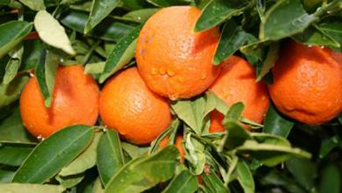 Holbrook, who is a founding member of the Texas Organic Growers Association and who served on the first Texas Department of Agriculture's Organic Certification Review & Standards Advisory Committee, says it’s been incredible to watch the organic industry grow. “It is the only area of agriculture that has had consistent positive growth every single year almost since its inception,” he says. “From the eighties all the way through to today, it still grows—most of the time double digits. It has been a bright spot, if you will, of agriculture when agriculture in general was kind of going the other direction.”

Exclusive: Retail sales of organic fruits and vegetables grew by slightly more than five percent in 2019 - more than double the two percent growth for conventional produce - according to the 2019 Organic Produce Performance Report released exclusively by the Organic Produce Network and Category Partners.

Frieda Rapoport Caplan changed the way America eats. She not only promoted specialty items but was an early visionary and mentor in the budding days of organic produce.