Frieda Rapoport Caplan changed the way America eats. She not only promoted specialty items but was an early visionary and mentor in the budding days of organic produce. OPN spoke with three organic veterans about how Frieda touched them personally and helped pave the way for organic to succeed. 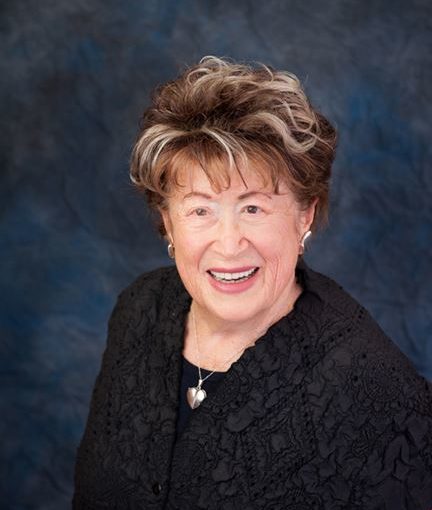 Dick Spezzano with Spezzano Consulting Service, Inc. first met Frieda in 1977, buying produce off the LA Produce Terminal. “She was a tough marketer and knew her business. You could work with her and give her ideas and she would run with it," he said. “She was the first to use direct marketing to the consumer as a tool. She was one of the first to put stickers on produce so the checkers could better ID the item. She was also one of the first to recognize organics as a trend and not a fad.”

OPN’s Tonya Antle worked for Frieda’s early in her career. “Frieda was a force of nature, her energy level was unstoppable. She helped me develop my own personal style of selling. I took those lessons of selling specialty produce and utilized those techniques in the early days of selling organics,” she said. 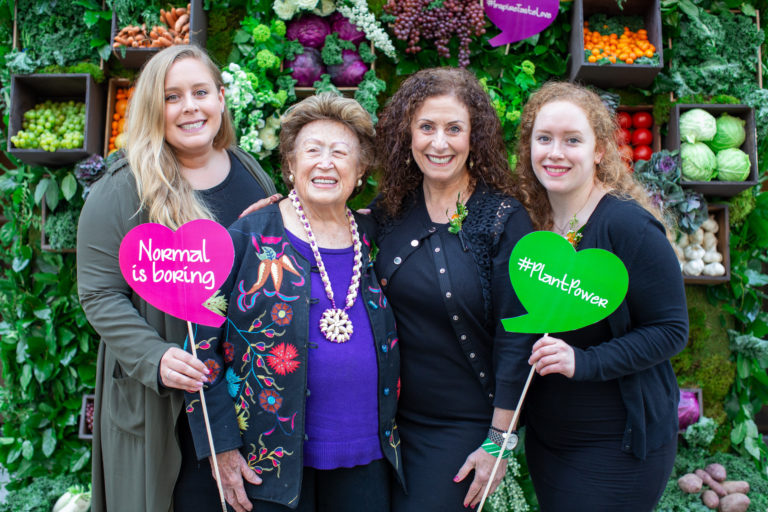 “Her style in how she treated everyone with the same level of respect and her willingness to share and teach was inspiring. She was the perfect combination of a kind, beautiful women and powerhouse businessperson," Antle said.

Andy Grant has been an organic vegetable farmer in Colorado for over 40 years and first met Frieda when he was still in college. “I was a skinny 22-year-old organic farmer in Colorado who didn’t see the world clearly. I was growing squash and met Frieda’s daughters at a convention, and they began buying from me.”

Grant continued, “Then Frieda called me and said, ‘Andy we would love to work with you, but I need to coach you in the produce business.'” Soon Grant was selling truckloads of squash to Frieda’s and they became great friends.

“This enormously busy woman would call me up every Sunday morning – coaching me on everything from social justice, racism, food inequality and business- how to stick to your guns in farming and how you live your life. She is THE NUMBER ONE MENTOR in my entire life," Grant said. "We remained great friends over the years, and my business thrived because of her. In many ways she was more influential than my own parents. I will miss her.” 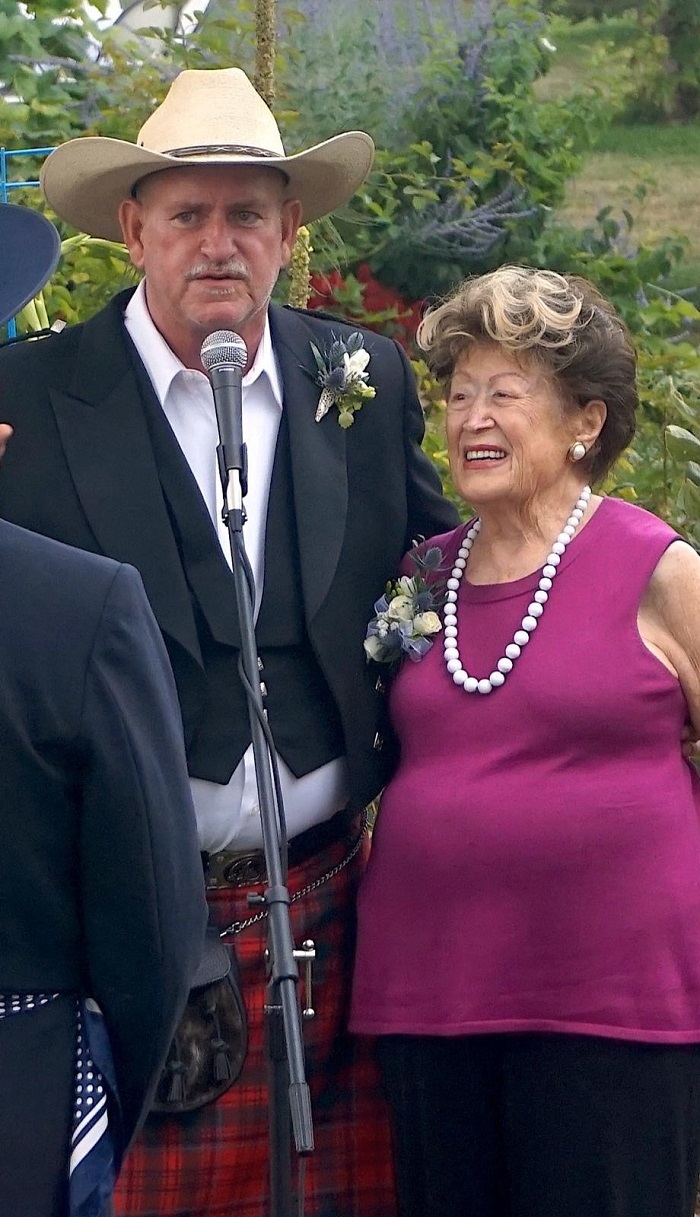 Antle concurred, “She was a true mentor to me, she taught me the importance of philanthropy, the importance of giving a voice to causes you truly believed in, to never give up - even in the darkest of times - and to never compromise your ethics or reputation.”

Spezzano added, “Frieda mentored me from 1977 up until today. She is famous for mentoring women, but the impact she had on me and many other men is equally as important.”

Frieda always recognized those around her. 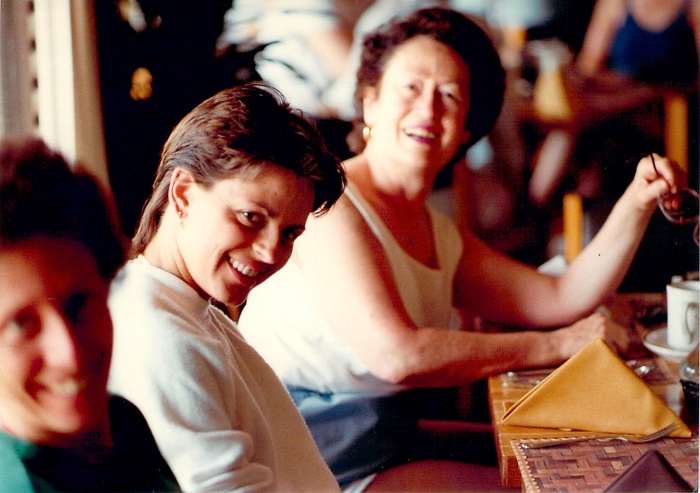 Frieda was once awarded a Humanitarian of the year by the American Defamation League, and Grant and friends flew to Los Angeles to honor her. Grant recalls, “When it was time for Frieda to speak, she spoke powerfully and was grateful for the honor and then she took five minutes and had our group come to stand with her on stage. She spoke about our friendship and the importance of young farmers in America. She took her award and put it on our shoulders and made us the stars of the show. It blew us all way!”

Spezzano said Frieda always recognized the achievements of others. “She sent me a note when I made VP, when I was selected as The Packer Marketer of the Year, and when I became the incoming chair of PMA. She sent me notes and always followed up with a phone call,” he said.

And Spezzano said, the growth of organics would not have been the same without Frieda. 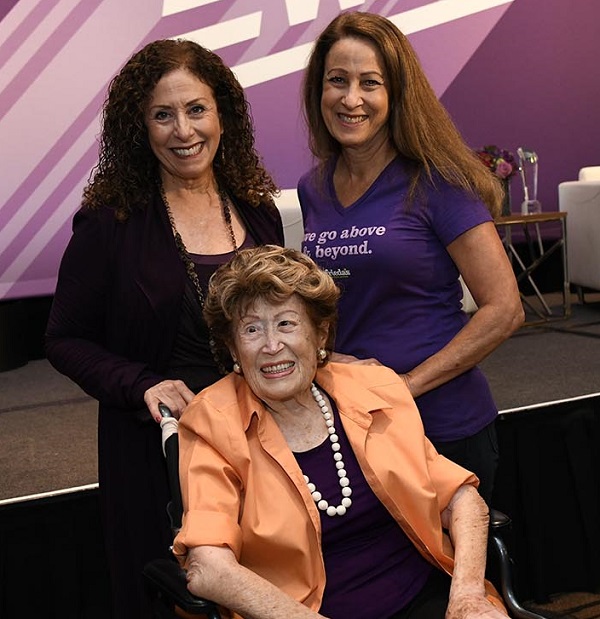 “Frieda introduced me to Tonya, who at the time grew organic grapes. She told me I should stock them in my Pavilions stores. The results were so good that I used them as the number one feature in my stores,” he said. “She told me that organic was the wave of the future and those who got on board early would be the big winners. She was able to read trends early like organic and she would share those trends.”

In the end, Antle said working with Frieda in the early stages of the organic industry was life changing for her. "She knew we were on to something when we went to her to discuss moving organics into the mainstream market. It was Frieda that opened the door for us,” she said.

Exclusive: Retail sales of organic fruits and vegetables grew by slightly more than five percent in 2019 - more than double the two percent growth for conventional produce - according to the 2019 Organic Produce Performance Report released exclusively by the Organic Produce Network and Category Partners.