Asparagus is one of those crops in which organic supplies are a challenge to source on a year-round basis. Consider that Peru, which provides the United States with about one-third of its annual asparagus, must follow a USDA treatment protocol that basically does not allow for organic imports. Mexico, another major supplier, does ship organic asparagus to the United States but demand typically outstrips volume. As an example, on Friday, Jan. 24, an 11-pound case of organic asparagus, produced in Mexico, had a price on the Los Angeles Wholesale Produce Market of $64-65, which is a whopping $6 per pound wholesale price. 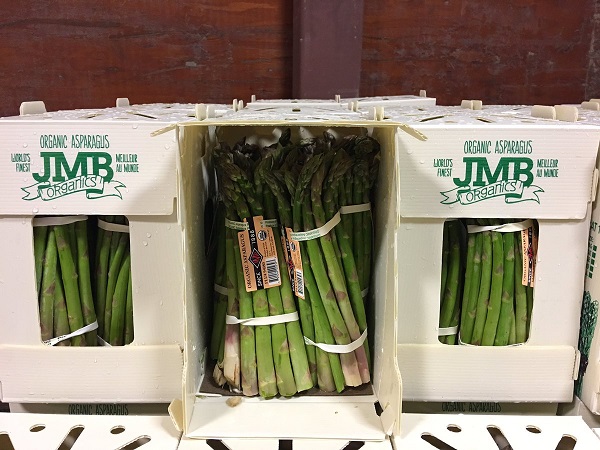 “We are expecting to start our California asparagus production between March 5 and 12,” said Dan Miller, production manager for Jacobs, Malcolm & Burtt (JMB), a firm headquartered in San Ramon, CA, which operates as a global asparagus marketing, packing and shipping company. “We should have promotable supplies from mid-March to mid-May. We are expecting to produce between five and six million pounds (of conventional and organic asparagus combined).” 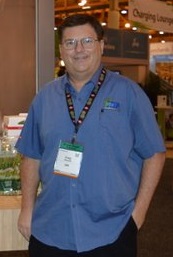 Craig Rolandelli, president of the organization, said the company does source organic asparagus year-round from Mexico but its supplies will get a big boost once its California deal gets underway. He said the company has about 1,000 acres of asparagus planted in the state with most of it being in the Firebaugh/Mendota district of the Central Valley.

“About 10 percent of our production will be organic,” he said, adding that sales will occur throughout the United States. California was long the leading producer of asparagus, with the Stockton, CA area being its epicenter. Rolandelli said JMB is the largest California asparagus grower still in business with two others offering less than half JMB’s volume. He noted that California asparagus still has cache in the marketplace with many buyers wanting U.S.-grown product. The high cost of production began driving asparagus to foreign producers more than 30 years ago.

Asparagus is a perennial crop with JMB putting in its Central San Joaquin Valley acreage beginning in 2006, and adding to it every year, including increasing its organic production. Rolandelli said the rich, fertile soil in that region is perfect for asparagus and this year’s crop looks excellent about six weeks from harvest. Miller added that growing conditions have been excellent with a solid amount of rain and temperatures conducive to producing nice spears.

Michael Ableman has been farming organically for more than four decades and is a major voice in the organic farming movement. He is the founding director of the Center for Urban Agriculture at Fairview Gardens, an organic farm and educational institute in Goleta, CA. He currently lives and works on his 120-acre family farm on Salt Spring Island in British Columbia, and he also directs Sole Food Street Farms. Ableman joined OPN for a conversation about his work.

Nearly twenty five percent of shoppers think that all locally grown produce is associated with organic. Ron Pelger emphasizes the importance of educating consumers with ads, signage and communication.